A portrait of JuliaCon 2018 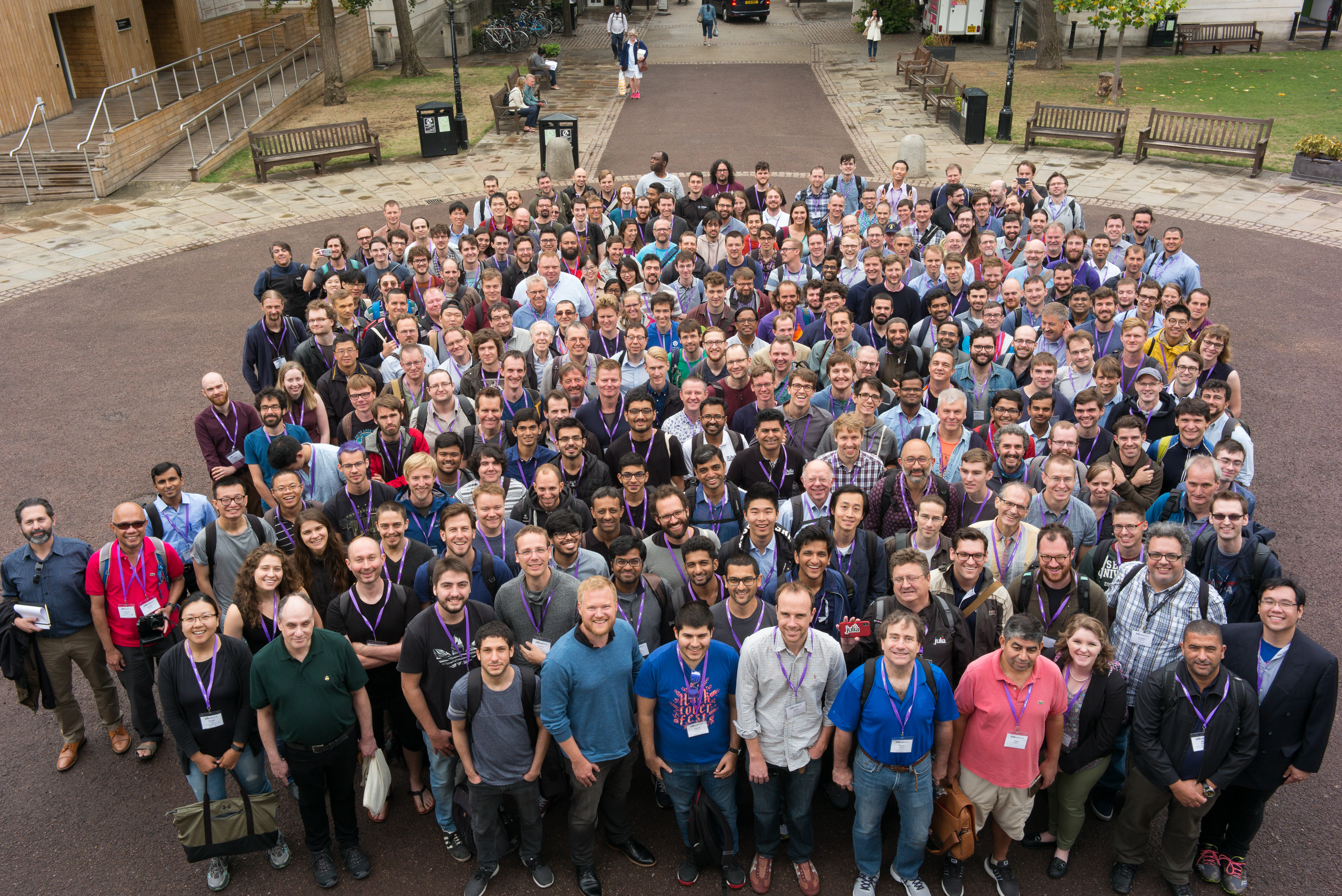 So much went well!

As the venue of the Julia 1.0 release and the largest meeting of the Julia community yet, JuliaCon 2018 was remarkable in multiple ways. It brought together almost 350 attendees representing users and developers of the Julia language who hailed from Africa, Asia, Europe, North America, Australia, and South America.

With an eye to quality over quantity, we're happy to report that our attendees were overwhelmingly pleased with the conference: Of the attendees who have responded to our post-conference feedback survey, 98.8% reported they were happy with their decision to come to JuliaCon. On a scale of 1 to 5, 88.3% of responding attendees ranked their feeling of being welcome and included at JuliaCon as a 4 or a 5 (where 5 is the best score); on the same scale, 0% of attendees responded with a 1.

Furthermore, we were able to provide over $70,000 USD to support conference expenses for attendees including speakers, Google Summer of Code (GSoC) students working on Julia, and users we thought would bring greater diversity to JuliaCon. Individuals receiving financial support came from all six continents represented at the conference.

Some data from JuliaCon 2018 attendees

So what does all this mean?

So, based on the data we do have, our attendees' impression that JuliaCon 2018 was more diverse than previous JuliaCons seems spot on. This is extremely gratifying. It's a step in the right direction, and it reflects our community's investment in making itself more diverse and inclusive. At the same time, these numbers also evidence that we have quite a way to go.

What can we do to improve?

The Tuesday after JuliaCon 2018, the organizing committee had an unusually long meeting in which we discussed our impressions of JuliaCon 2018. As has since been reflected in the feedback given by our attendees, committee members foremost expressed happiness at how much of JuliaCon went right. We were also able to identify multiple ways and areas in which to improve the inclusivity of JuliaCon 2019:

Most obviously, we need to improve not only the diversity of those attending JuliaCon, but of those who represent the Julia community as JuliaCon keynotes, speakers, and session chairs. The choices of keynotes and session chairs are especially influenced by the recruiting efforts of the JuliaCon organizing committee. We thereby have more control and a clearer path to improving the diversity of the conference in these particular ways.

Second, we need to train (or in some way, better prepare) the moderators of our Birds of a Feather (BoF) sessions. We noticed unfortunate dynamics in some of our BoF sessions where individuals were repeatedly spoken over and not heard, including, surprisingly, during the BoF dedicated to diversity and inclusion. These sorts of dynamics are preventable with foresight and preparation: especially in multicultural and racially/ethnically/gender imbalanced environments, the terms of engagement in any discussion need to be set clearly up front. For example, when one subset of a discussion group follows a hand-raising policy while another does not, discussion participation quickly skews. We need to prepare BoF moderators to handle such dynamics so that everyone who wants to speak can be heard.

Third, we intend to provide live transcription of all JuliaCon 2019 talks. Live transcription would benefit not only our deaf and hard of hearing members of the Julia community, but also our community’s non-native English speakers.

Beyond the above ideas voiced by JuliaCon organizing committee members, we received excellent feedback from our attendees on ways to further improve. Perhaps foremost amongst these were requests to provide more avenues for mentoring/training and community building targeted at two groups. First, we received requests to provide a dedicated session (workshop, dinner, or otherwise) for women and other minorities in CS both to provide mentoring and build community. Second, we received requests to more actively design sessions for non-dev/newer members of the Julia community. Ideas have included introductions to GitHub/package development as well as dinner sign ups that would match newer members of the community with small groups that would extend their networks.

For most of us (myself included!), JuliaCon 2018 was a blast. JuliaCon provides an opportunity for our community to learn about fantastic advances in both the tools provided within the Julia ecosystem and the applications enabled by those tools. Beyond that, JuliaCon provides a venue allowing new members to engage with the rest of the community and veterans to spend quality time together in the flesh, after communicating over slack, discourse, github, and email for the previous year. This year we saw not only community growth, but increased diversity, recognition of our need to continue pushing for inclusivity, and ideas/avenues for how we can achieve greater inclusivity.

For those of you interested in contributing to JuliaCon 2019, we welcome you to join the JuliaCon 2019 organizing committee. Organizing will be in full swing by mid-Fall 2019 and we will be seeking volunteers for tasks such as mentoring, proposal reviewing, and session chairing as conference plans comes together over the course of the next year.