In this post I'm going to briefly summarize about the machine learning models I have worked on during this summer for GSoC. I worked towards enriching model zoo of Flux.jl, a machine learning library written in Julia. My project covered Reinforcement Learning and computer vision models.

The project is spread over these 4 codebases

The idea used in the A2C model is different from the one in DQN. A2C falls in the class of "Actor-Critic" models. In AC models we have 2 neural networks, policy network and value network. policy network accepts the state of the game and returns a probability distribution over the action space. Value Nework takes the state and action chosen using policy network as input and determines how suitable is that action for that state. 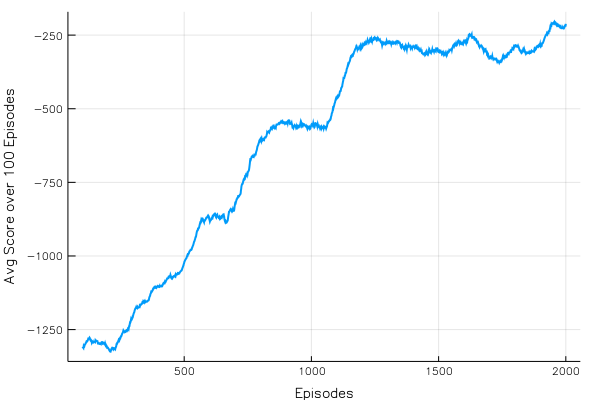 Some of these models have been deployed on Flux's website. CartPole example has been trained on Deep Q Networks. An Atari-Pong example will also be added in a few days. It is trained on Duel-DQN. Here is a demo of Pong trained using Flux.

This mini-project of the GSoC phase 2 was the most challenging part. AlphaGo Zero is a breakthrough AI by Google DeepMind. It is an AI to play Go, which is considered to be one of most challeenging games in the world, mainly due to number of states it can lead to. AlphaGo Zero defeated the best Go player in the world. AlphaFo.jl's objective is achieve the results produced by AlphaGo Zero algorithm over Go, and achieve similar results on any zero-sum game.

GANs have been extremely suceessful in learning the underlying representation of any data. By doing so, it can reproduce some fake data. For example the GANs trained on MNIST Human handwritten digits dataset can produce some fake images which look very similar to those in the MNIST. These neural nets have great application in image editing. It can remove certain features from the image, add some new ones; depending on the dataset. The GANs contain of two networks: generator and discriminator. Generator's objective os to generate fake images awhereas the discriminator's objective is to differentiate between the fake images generted by thhe generator and the real images in the dataset.

Decoupled Neural Interface is a new technique to train the model. It does not use the backpropagation from the output layer right upto the input layer. Instead it uses a trick to "estimate" the gradient. It has a small linear layer neural network to predict the gradients, instead of running the backpropagation rather than finding the true gradients. The advantage of such a model is that it can be parallelized. This technique results in slight dip in the accuracy, but we have improved speed if we have parallelized the layers in the network. 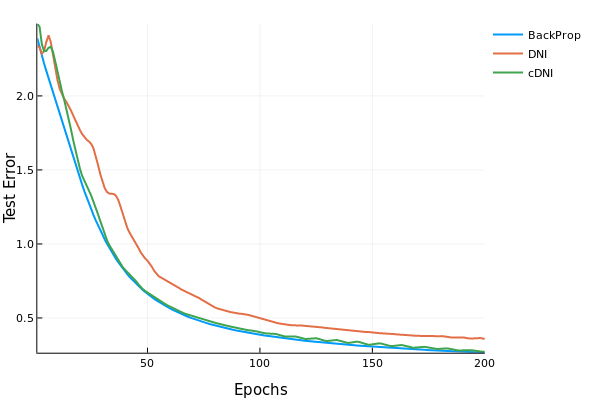 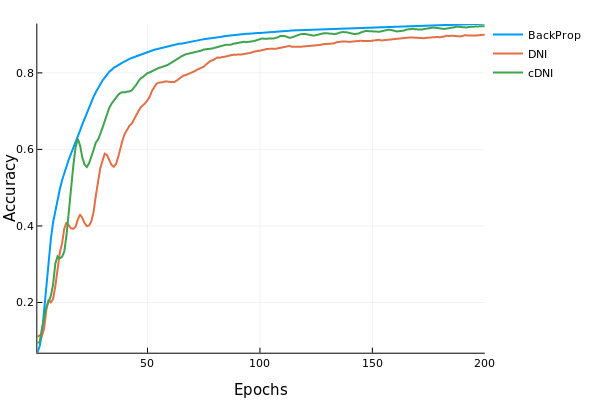 I really would like to thank my mentor Mike Innes for guiding me throughout the project, and James Bradbury for his valuable inputs for improving the code in the Reinforcement Learning models. I also would like to thank Neethu Mariya Joy for deploying the trained models on the web. And last but not the least, The Julia Project and NumFOCUS: for sponsoring me and all other JSoC students for JuliaCon'18 London.